10 Of The Most Common ADA Violations That Need To Stop 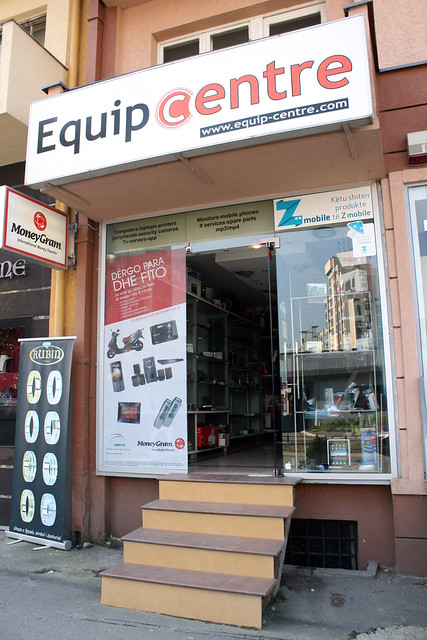 The Americans with Disabilities Act may have been passed over 23 years ago, but apparently that still isn’t enough time for society to get their act together when it comes to following all aspects of the law. ADA violations happen every day all over the country with many businesses feeling the ultimate sting of not complying – being shut down.

But being shut down doesn’t have to be the end result.  The government gives plenty of time to businesses to do what is right, however there are still some businesses out there who refuse to comply no matter how much time is given. For them, and the oblivious businesses still in the Dark Ages, here are the 10 most common ADA violations (That need to stop).


One of the most notorious ADA violations by far – not providing a ramp or some other kind of accessible entrance to their facility. Every private building serving the public no matter it’s age must be made accessible.  There is no “Grandfather Clause” exempting older buildings, despite what many people say. The ADA requires all private buildings serving the public to have an accessible entrance, but there are thousands of businesses across the country who refuse to comply. Take a spin through Manhattan and you’ll see exactly what I mean or in one of the millions of small towns across country.  Stores with stairs or even with a too-high lip at the entrance are sadly everywhere.

It’s really no wonder many people with disabilities have sued businesses for this particular violation, with many even keeping their lawyer on speed dial because they live in such a small town and want to remain independent.

2) Baby strollers in the wheelchair spot on city buses.

If you take public transportation, you’ve probably noticed the wheelchair spots in the front of the bus where there are no seats.  This vicinity is meant for wheelchair-users only, however many people toting around a baby in a stroller have been known to park their strollers in these spots, loving the easy access. Despite what many parents may believe, wheelchair-users aren’t required to give up their spots for strollers.

Another major ADA violation that can really put a wrench in someone’s plans is not providing a fully accessible bathroom.  Businesses are required to provide both an accessible way to enter their facility, as well as a bathroom with one stall a wheelchair-user can use.  This can be an expensive renovation, since many small details are required to make it accessible, but it must be done.

Even the smallest business is required to provide at least one accessible van parking spot, yet this remains a common ADA violations and one that infuriates me personally. When you use a van with a ramp, it can be very easy to get blocked in by other people. The spots also need to be clearly marked, as well as the crosshatch for the ramp, and that means more signage other then paint on the ground (since snow ) can cover it up in a matter of minutes.

Starting in 2005, the ADA now applies to all cruise ships docking at U.S. ports, but many are slow to the take. This change in the law is a great thing for the millions of wheelchair-users who love going on cruises, since they’re a great style of trip for people with disabilities, but it will still take quite a while for all ships to comply.

From installing lower door thresholds, more accessible rooms to elevators that go to every floor of the ship, as well as automated pool lifts (love these), cruise ships are slowly becoming more accessible. Carnival however is one of the worst violators.

6) Fired/Not hired because of a disability.

Many people wrongly assume the ADA forces an employer to hire people with disabilities even if there aren’t qualified, but this couldn’t be further from the truth. The ADA only requires a business interviewing perspective employees not to turn down someone because of a disability since providing reasonable accommodations is required by the ADA. There are some jobs of course where reasonable accommodations don’t apply, like a quadriplegic trying to be a construction worker, but in general this is against the law.

And the same goes in the face of being fired or let go.  The disability must not come into play for any reason, except work performance.

In a recent blog post of ours, the story of a Iraq veteran with a service dog for PTSD definitely rustled a lot of feathers.  A restaurant owner didn’t want to serve the veteran because of his dog, making him leave, despite the fact that the veteran called police and showed the owner the man’s service dog papers. The ADA is very strict in this – any service animal is allowed to accompany its owner no matter what and even better, showing “certification papers” isn’t a requirement.

While some states don’t let anyone pump gas, like in New Jersey and Oregon, the rest of the country can pump their own gas, however people disabilities can call into the station and request assistance.  Many gas stations however will claim they don’t have enough employees or are too busy to help. The ADA requires all stations to provide gasoline fueling assistance, if requested.

Shopping (or trying to) at stores that don’t take into consideration wheelchair-users is a very common ADA violation and one that many storeowners ignore rampantly. The ADA requires that no aisle in a store be less than 36″ wide.

An ADA violation you see time and time again are businesses without any curb cuts or even entire cities that don’t have them. Providing curb cuts on every block is required by the ADA, despite businesses and cities bemoaning the cost of installing them. Otherwise, they will install a mediocre curb-cut, but it’ll be too steep and dangerous to use.

ADA violations only happen because business owners don’t understand or respect how vital the law is to our independence. If all of them became disabled, just imagine how things would change. I could finally get into the 1930’s steakhouse by my mom’s like a “normal person” and not a sack of potatoes. Now that would be the day.

Have you ever sued a business because of ADA non-compliance?