Australian Disability Conference Was Not Wheelchair Accessible - The Mobility Resource 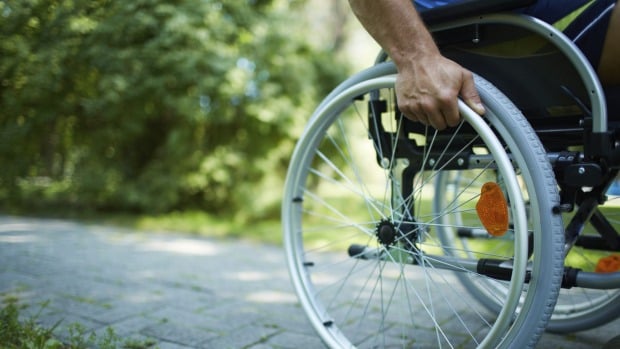 Still, the National Disability Summit, which was held in Melbourne, Australia earlier this year, was not wheelchair accessible at all. More than that, the summit seemed to cater more to those that were championing the causes of disability than those that actually have disabilities.

The first evidence of this was the complete disregard of wheelchair ramps. This absence was made strikingly clear when one of the speakers, Deborah Haygarth, had to literally be carried off  the stage because there were no ramps. The image made the rounds on Twitter.

But the disgrace didn’t stop there. While the conference did indeed provide wheelchair and handicap accessible restrooms, the “accessible” stalls were occupied by extra chairs that were being stored away.

Believe it or not, it gets worse. When it came to intermission, that was also a task. All food was placed on tall tables that were difficult—if not entirely impossible—for those in wheelchairs to reach.

A group of seven people in wheelchairs said they were seated in an area away from the central crowd. According to disabled rights activist Jax Jacki Brown: “They positioned us at special little tables away from where everyone else was sitting … way off to the right and the left further up the back of the room,” Brown said. “It really created this feeling that people with disabilities weren’t part of the bigger conference and the bigger discussion.”

While those that organized the event have been contacted by the Australian Human Rights Commission, there has been no official statement.