The taxi-industry-funded Wheelchair Accessible Vehicle Fund will receive a $1.7 million dollar grant for the purchase or conversion of wheelchair accessible vehicles (WAVs) for the taxicab industry. 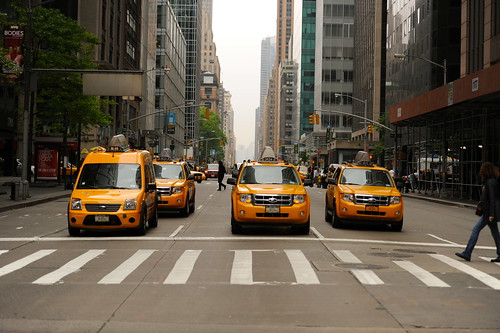 Today, the Department of Business Affairs and Consumer Protection (BACP) and the Mayor’s Office for People with Disabilities (MOPD) announced the latest step in Mayor Emanuel’s efforts to increase accessibility in Chicago’s taxicab industry. The Regional Transportation Authority (RTA) has awarded funds from the New Freedom program to the City of Chicago’s Wheelchair Accessible Vehicle Fund. The grant will provide $1.77 million dollars to the fund to be used to supplement the purchase or conversion of wheelchair accessible vehicle taxicabs in 2013.

“Accessible transportation in the City of Chicago is critical to the independence and community participation of people with disabilities,” said Mayor Rahm Emanuel. “By providing accessible taxicabs, we can continue to make Chicago one of the most accessible cities in the world and help Chicagoans with disabilities pursue their goals and aspirations.”

“I would like to thank the RTA for awarding the City of Chicago with this New Freedom Grant,” said Commissioner Karen Tamley. “Increasing the funds available for accessible taxicabs, will help us reach our goal of making our taxicab service accessible to all residents and visitors to our city.”

The wheelchair accessible vehicle (WAV) taxicab fund was established in the taxi ordinance passed by the City Council in January of 2012, to reimburse a taxi owner’s cost in placing a WAV in to service. As passed in January 2012, the fund is initially seeded by the taxi owners with a $100.00 increase to the medallion license fee for more than 6500 medallions. The City became eligible for the New Freedom Federal grant money because of the WAV fund’s ability to provide a necessary match from over $650,000.00 annual income from the license fees.

The WAV funding will provide taxi owners reimbursements up to $15,000 for converting to a WAV and up to $20,000 for the purchase of a new WAV. This funding is another incentive built into the new ordinance to encourage the addition of more WAVs to Chicago’s taxi fleet. Wheelchair accessible taxis are also allowed a longer service life than other taxicab vehicles. Since ordinance passage in January, the number of wheelchair accessible vehicles in Chicago’s taxi fleet has nearly doubled.

The funds will be available to taxicab owners in 2013.