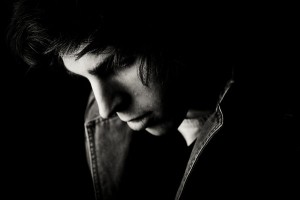 Every day, sometimes several times a day, I hear stories of people who commit terrible crimes and senseless acts of violence. Inevitably, the subject of mental health arises and we head down the familiar rabbit holes of either excusing bad behavior or completely demonizing people with mental health issues.

The real truth is this – people with mental health disabilities often endure injustice in various forms – discrimination in jobs, housing and healthcare, being bullied and maligned, and being victims of crimes.

Forget the hype that you see on TV and hear around you. People dealing with psychiatric conditions are not the boogeyman, but, for the most part, harmless, law abiding people just like you and I.

Millions of Americans deal with mental health issues, from the scruffy homeless gentleman muttering to himself on the street, to the high-powered businesswoman hurrying past him in her thousand dollar suit and briefcase.

We are everyone – the doctor worrying over her patients, the the cheerful stay-at-home dad, the little boy who dreads the school bully, and the girl with the neon pink wheelchair who’s so excited about going away to college. In other words, anyone can have a mental health disability.

Unfortunately society stigmatizes people with mental health conditions, which often leads to discrimination or worse. Consider the story of Esmin Green, a Brooklyn, NY woman who lost her job and was about to lose her home. The stress of this caused mental health problems and she was sent to a psychiatric emergency room. After waiting more than 25 hours to be seen, she suddenly collapsed and laid on the floor for over an hour before she died. No one came to her aid. The ER was not crowded that day, nor was it understaffed. People simply did not care because to them, she was just another crazy lady.

Psychiatric survivors everywhere tell of the discrimination they’ve experienced such as being evicted from their homes when the landlord finds out that they have a mental health condition, being bullied at school and work or treated differently because of their condition or having everything they say being suspect or questioned. Some report being forced into unwanted psychiatric treatment, such as electro convulsive therapy, while others report doctors being dismissive of them when seeking medical attention for physical ailments simply because they have a psychiatric label.

There is such stigma and shame associated with mental health disabilities that some people will do anything to hide the fact that they or a family member are living with this. Even as famous, well-regarded people are coming forward and disclosing their disability, and despite laws in place to protect people from discrimination, the stigma continues its stranglehold because many in society still hold a deep-seated fear and apprehension, even loathing of those with mental health conditions that legislation will not cure. On the other hand, attributing acts that are clearly evil or criminal solely to a mental health condition doesn’t help, nor does hyping and televising horrible acts and speculating on the mental health of the perpetrators. That only serves to perpetuate the myth that those living with psychiatric conditions are inherently dangerous and unreliable, leading to untold pain and suffering for people whose only desire is acceptance and understanding.