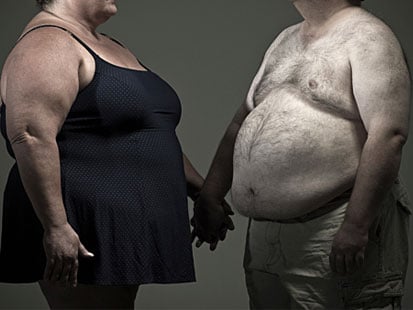 When you see an overweight person riding a scooter through the mall or using a handicap parking spot, you can’t help put ask yourself a question.

Is this person disabled … or just fat?

That brings up another question: Does obesity qualify as a form of disability? One Kentucky court case last summer turned on that very question.

Melissa Pennington worked as a food truck operator at Churchill Downs, home of the Kentucky Derby, for 10 years. She stood 5-foot-4 and weighed 425 pounds. Diabetes caused dark circles under her eyes.

She was fired by her employer, Wagner Pharmacy Inc. Two employees testified that Pennington was terminated for appearing “overweight and dirty.”

The trial court ruled in Wagner’s favor, stating that Pennington’s obesity was not a disability because it was not caused by an underlying psychological condition.

Kentucky law defines “disability” as “a physical or mental impairment that substantially limits one or more of the major life activities of the individual.”

So Pennington took the case to the Kentucky Court of Appeals, which reversed the decision, citing the testimony of Dr. Edwin Gaar, who has performed thousands of bariatric weight-loss surgeries.

The doctor also testified that morbidly obese people often have trouble sleeping and sometimes struggle to perform basic activities like tying their shoes.

In light of this testimony, the Kentucky Court of Appeals ruled the Pennington’s obesity is a disability, and that she can therefore go back to court to prove that she was wrongfully terminated.

So now what? Do we welcome morbidly obese people into the disabled community? Can we create a new word: “disabesity?”

The answer, as usual, is to get to know someone as a person before making assumptions. You could see an obese person and fail to realize that they have a disability that isn’t immediately noticeable. The person could be deaf or have multiple sclerosis, for example.

Just don’t assume that anyone isn’t “really” disabled, because you could wind up with a case of morbid embarrassment.