Why Do People with Disabilities Expect to be Treated Differently When Facing Criminal Charges? - The Mobility Resource 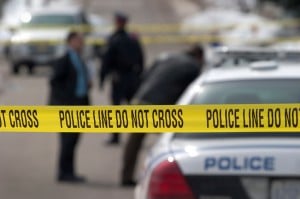 It infuriates me when someone commits a hideous crime, then, tries to either get out of it or gets a sharply reduced sentence by saying that they have intellectual challenges or mental health disabilities. It flies in the face of what I have been taught and have worked for. Real equality means that you don’t get a pass for wrongdoing simply because of a disability.

Let me be clear. I am not talking about a person with a disability that kills someone in the act of self-defense or while trying to protect his or her family from imminent harm, nor am I referring to someone like the young man with intellectual disabilities who didn’t understand that he had to pay each time he wanted to see his favorite movie.

People with disabilities are much more likely to be the victims rather than the perpetrators of crime. And lately, in some cases, law enforcement has gone totally overboard, resulting in brutal, sometimes fatal events when interacting with someone living with developmental or intellectual disabilities.

Instead, I’m talking about someone who willfully commits a heinous act and expects not to get punished because he or she either has or is perceived to have a disability.

Part of this is society’s fault.

We often think that if someone commits a terrible crime that they must be “sick in the head,” or “something must be wrong with them,” as if having a mental health disability or intellectual challenges should somehow absolve the person of accountability for their grave act.

There seems to be this pervasive idea that if someone has a disability – physical, mental, developmental or intellectual – that they are incapable of willfully engaging in violent acts or committing serious crimes and if they did, it was due to their disability, so the person should be given a lesser sentence or shouldn’t have to suffer any consequences.

Let’s face it people – some people are inherently bad-even evil-and that includes some of us in the disability community. There are people living among us whose disability is the least of their problems – they are just mean, nasty, hateful people.

Unfortunately, I know this firsthand, having been a witness to, or the actual target of someone with a disability being violent. I’ve had to intervene when I saw a severely disabled guy beating his wife, not once, but several times, and have been viciously physically attacked on a number of occasions by people with disabilities.

In each case, none of the perpetrators went to jail or were even arrested.

That is why I get furious when I hear of someone trying to use their disability as a get-out-of-jail-free card. Sorry dude, your intellectual disability isn’t the reason you robbed the store at gunpoint and killed the cashier because she only gave you fifty dollars, so why is it the reason you’re trying to get out of paying the price for your crime?

Ok, Grand Poobah of Venus, yes, the little girl may have been reading your mind with laser beams but you knew it was wrong to rape and kill her because you hid her body and fled the state for three years, so why isn’t it fair that you pay for what you did?

I’m not ranting about the merits or lack thereof, of the death penalty or life imprisonment for violent crimes (I’ll save that for another article), but about those who try to avoid accountability for their behavior by claiming a disability or using it as an excuse. Medicalizing violent or sociopathic behavior merely takes the responsibility from the person and places it on someone or something else. It’s time to accept the fact that evil is evil whether you are disabled or not.