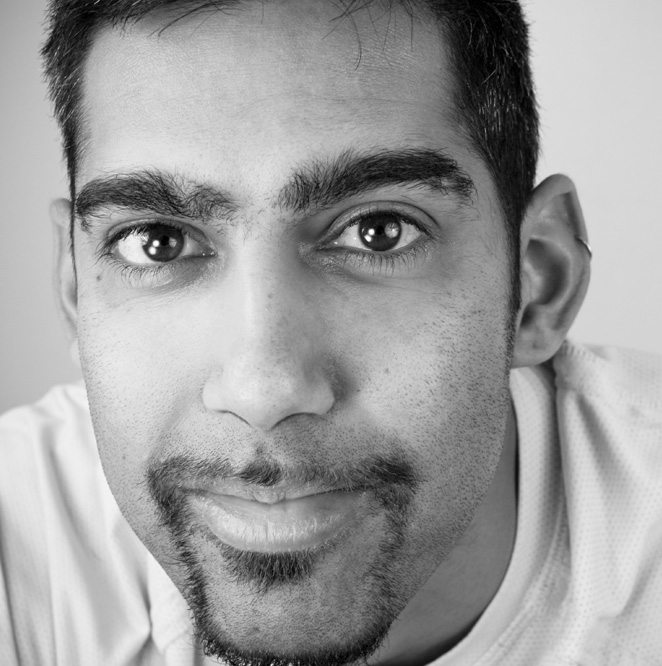 In the world of film, it’s rare that the audience gets to see the man behind the camera. And for filmmaker Jason DaSilva, it remained that way for over 10 years—until he turned the camera on himself.

Diagnosed with progressive primary multiple sclerosis (MS) at the age of 25, DaSilva quickly realized the rest of his life was going to be consumed by the disease. Simply put, multiple sclerosis is a disease that attacks the central nervous system. Its symptoms and severity vary depending upon the person. In DaSilva’s case, the disease first became apparent in 2006 when he had difficulty keeping his balance. “Old ladies were passing me going up and down stairs,” he recalled.

Instead of suffering in silence, DaSilva decided he’d record his experiences to educate others. “I just thought I’d take the camera and turn it on myself, and I might as well make a film about it. What I’m going through is something so crazy that I wanted to talk about this,” he said.

Evidently DaSilva’s experience was just “crazy” enough that it earned his film When I Walk a spot in the 2013 Sundance Film Festival. It was last November when he heard the news. “They get tons of submissions. You don’t really expect it. I thought it was really great (it was chosen),” DaSilva said.

During one poignant moment in the film, “I’m falling on the beach and I can’t get up, and I think that people think he looks so well and strong but then he can’t get up at all. That’s when I first realized how bad MS could be. They could see the wrath of MS.”

Since there is no formal treatment for the type of MS he has, DaSilva’s health has rapidly declined. “Now it’s completely affected my hands, making it near impossible for me to eat. Somebody else has to help me write or eat,” he said, adding, “My vision continues getting more blurry and I can’t walk at all.”

In spite of his worsening condition, DaSilva says he wants to continue “to get the word out to help raise awareness of some of the things that we face as people with disabilities.” He hopes to do that in part through his next film, which examines disabilities and stereotypes.

In the meantime, much of his time is spent traveling to different parts of the country to screen When I Walk and to promote a mobile phone app he created called AXS Map. “In 2012, we began working with Google, and I came up with a way to track all the wheelchair accessible places,” he said, adding, “It’s like a Yelp for people with physical mobility challenges.”

So far, the response has been quite favorable. “There is such a need for this,” DaSilva said, noting that users can rate places based on accessibility and that there is no cost to use the app.

In conjunction with the movie screenings, DaSilva and his wife Alice work with various charities to host mapping days during which individuals evaluate area establishments for the app. “I have a non-profit. We team up with other charities to do the mapping project,” DaSilva said. “Wherever the film goes, the mapping days go.”

To learn more about the app or When I Walk or to request a screening, visit: http://wheniwalk.com/