From a Paralympic Athlete to the Next - The Mobility Resource 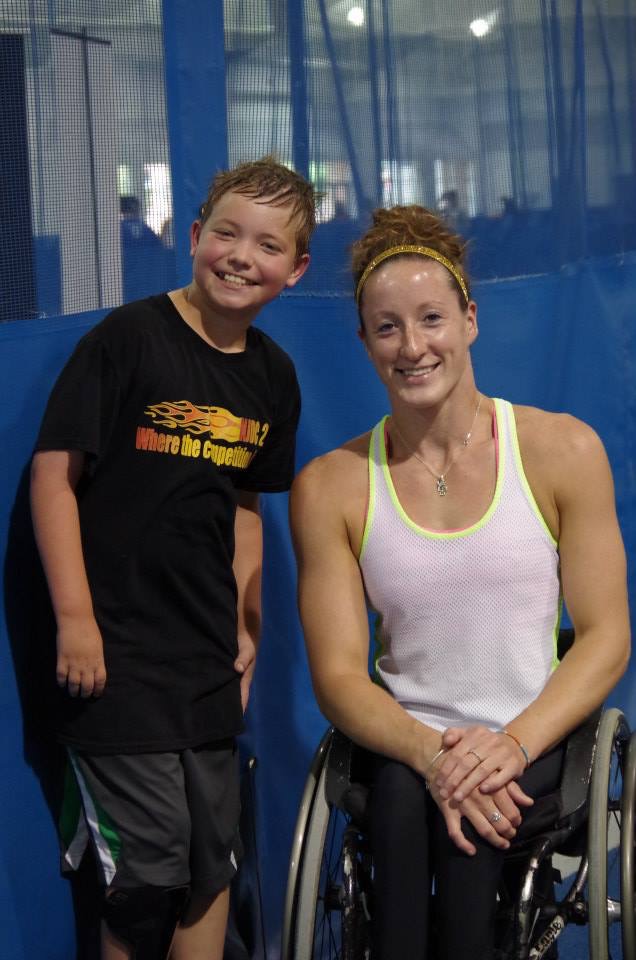 My son is 11 and is an aspiring Paralympic athlete. Last summer we attended a Gateway to Gold Paralympic Event in Ohio in order to learn more about opportunities that might be a good match for our son.  While we were there we had the absolute pleasure of meeting Tatyana McFadden. If you aren’t familiar with her story, it’s fair to say that she is one of the most decorated Paralympic athlete’s in American History. I have to admit we were a little star struck!

Tatyana spoke with us about her history and the challenges she faced growing up in Russia for 6 years before she was adopted by Deborah McFadden who brought her to live in the United States. Tatyana was born with spina bifida. She spoke about how her mother enrolled her in various sports in the hopes of helping to build her strength. She tried many sports but eventually fell in love with wheelchair racing.  She has won countless medals in both short and long distance events and you may have heard her name associated with marathons as she has won several major marathons, since 2013 when she won the Chicago, Boston, New York and London marathons for the first time! She decided she wanted a chance to travel back to Russia to race and decided to take up cross country skiing in the hopes of competing at the Sochi games.  Although she had been skiing for less than a year she made the team and narrowly missed the gold medal, earning an impressive silver at her first winter Paralympic event.

Hearing Tatyana’s story was inspiring. She has had so many obstacles in her way, yet she has not let anything, nothing at all, stop her from reaching her goals.  It’s a strong reminder that anything is possible with support and hard work! Tatyana spent time working with all of the children at the Gateway to Gold Paralympic event, but took particular interest in the athletes trying out wheelchair racing for the first time. I watched her working one on one with several of the children as they practiced maneuvering the racing chair for the first time.  She was patient and encouraging and gave the athletes helpful advice. She encouraged those kids and wouldn’t let them give up, even when it was tough.

Tatyana has an inspiring story to tell, a story of overcoming adversity and reaching for your dreams! Her story is one that needs to be told because it can inspire anyone who hears it to push themselves beyond expectations! For the next several days Tatyana is asking for donations to help her share her story.  At kickstarter.com you can make a donation to her project to help her get her story out to a broader audience.  If you aren’t familiar with kickstarter, if she doesn’t reach the $50,000 goal she has set, she will not get any of the money that the campaign has earned. She is currently about $8000 short and running out of time.  If you are able to make a donation, large or small, I know it will be appreciated by not only a very talented athlete, but a genuinely kind and caring person.