Hail To The Shamrock: Exactly How Much Money Does The MDA Raise? - The Mobility Resource

Through the end of March, customers of 31,000 participating businesses will buy multi-colored paper Shamrocks to decorate the stores and to raise money to fight muscular dystrophy. 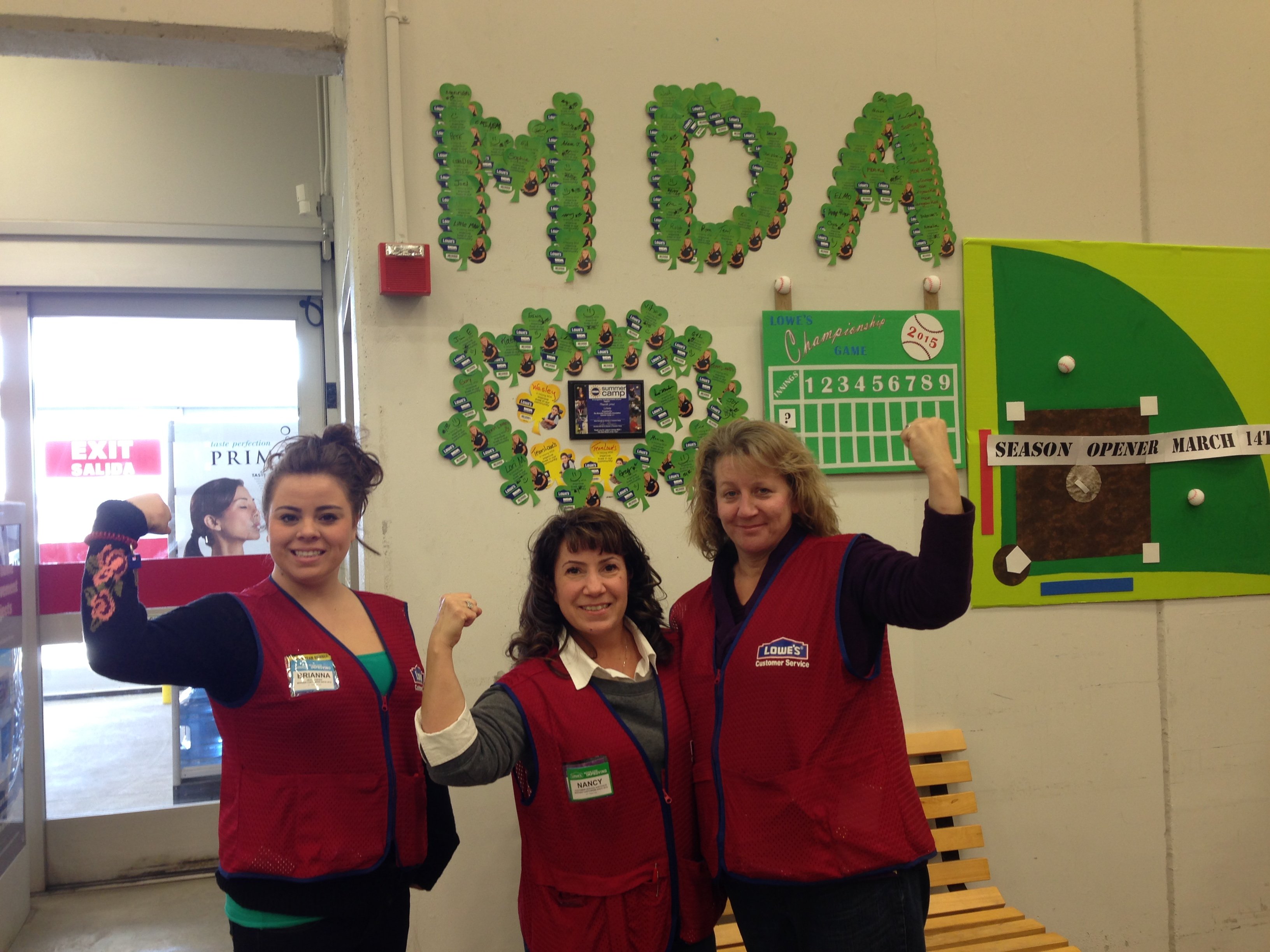 Sixteen of America’s 25 most popular chains of fast food restaurants, convenience stores and grocery stores are participating in this year’s campaign. To find locations near you, visit the MDA website.

Green shamrocks cost $1, gold shamrocks cost $5, and platinum shamrocks are available for higher contributions. MDA touts the campaign as the largest fundraiser in the nation with a St. Patrick’s Day theme.

The funds raised by the Shamrock sales will go to raise awareness and to fund research to stop muscular dystrophy, ALS and other muscle-related maladies.

Summer camps, support groups and clinics are also among the beneficiaries of the Shamrock campaign.

MDA is also encouraging social media participation by offering these downloadable images to use on Facebook and Twitter profile pages.

In addition, MDA is encouraging Shamrock purchasers to post a #ShamrockSelfie to their social media pages to inspire their friends to follow suit.

Lowe’s, the home improvement store chain, has been participating since 2001 with its customers raising $45 million.

“Our employees take pride in filling the walls of our stores with purchased shamrocks and knowing those shamrocks will send thousands of children to MDA summer camps,” said Joan Higginbotham, Lowe’s director of human relations.

Like Lowe’s, Kroger grocery stores are teaming up with MDA for the 15th straight year. Kroger customers have raised $4.1 million.

“Each shamrock sold will bring us closer to a world without the harmful effects of these diseases,” said MDA fundraising coordinator Holly Whire, “and with Kroger’s unwavering support, we can raise more dollars than ever to turn hope into answers for our families.”

Singer Maureen McGovern has brought her celebrity cachet to the MDA’s efforts over the years, having served in the past as the campaign’s national chairperson.

According to Bella Online, McGovern became involved with MDA after her niece was diagnosed with a muscular disease.

The MDA Shamrock campaign began in 1982 in Grand Rapids, Mich., and it went national one year later. Last year, MDA raised $21 million, with Lowe’s checking in as the top-selling retailer at $7.1 million.