Kids have Strokes Too: Signs Of Pediatric Stroke Every Parent Should Know - The Mobility Resource 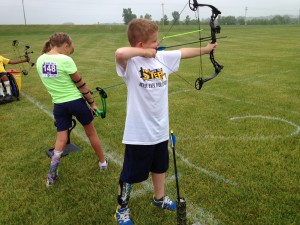 For many children recovery from a stroke early in life is lifelong.  Approximately 60 percent of childhood stroke survivors will have cerebral palsy, and between 30 percent and 60 percent will have epilepsy.  For many children additional challenges such as learning differences, behavioral issues, language delays, sensory issues, attention challenges, mood and anxiety difficulties and social issues also exist.

Obviously, this a significant issue and it occurs much more often than many people realize.  Nevertheless, this is something that many people know little about, including medical professionals at times and that is why we spend May working hard to raise awareness!

What are the signs and symptoms of a pediatric stroke?

What to watch for in babies and toddlers:

When my son was a baby and was showing many of the signs of having had a stroke, our biggest concern was that he had stopped using his right hand.  His pediatrician at the time told us not to worry, that he was probably just a “lefty.” Now I know how ridiculous that comment really was.  You see, the reality is that babies don’t have a consistent hand preference until they are two to three years of age.  And remember that even when a child has a hand preference, they still use their less preferred hand often.  Not using a limb is a definite red flag that should be assessed by a doctor.

A tendency to use only side of the body is also a significant red flag.  You might notice a baby that kicks and bats playfully with their left arm and leg but moves their right side less frequently.  A baby that army crawls or scoots around on their bottom without progressing to a more typical crawl pattern, or learning to walk as expected.  A baby that learns to crawl but holds one hand a bit crooked, and takes a very long time to progress to standing.  A cruising, nearly toddler, that can stand up, but only ever holds the sofa or coffee table with their right hand and doesn’t seem to be progressing to walking even though they seem ready.  These are things that a parent should mention to their pediatrician.

Seizures are another red flag and an infant who is having seizures should be evaluated to determine if they have any other symptoms that may be related to a stroke, or another underlying neurological condition.  Babies who have had a stroke may also have periods of extreme sleepiness.

What to watch for in older kids and teens:

Signs can include severe headache, vomiting, sleepiness, dizziness and problems with coordination.  A simple acronym to remember what to watch for, along with how quickly to react is F.A.S.T

Early treatment tends to lead to much better outcomes for pediatric and adult stroke sufferers alike.

So, this is where awareness is key, when a child presents at the ER with the symptoms of a stroke, it is incredibly important that the medical professionals on the front lines are aware of those symptoms and get children into the right type of treatment fast.  Early treatment saves brain matter, and is so important to the long term outcomes for these kids.

For babies that have had a stroke, I am saddened to say how frequently I hear about a very long wait before they are diagnosed.  It is not uncommon for a toddler or a preschooler to be diagnosed as having had a stroke in their early days of life, or before they were born.  Sometimes, children are not diagnosed until elementary school. There is an amazing phenomena during a child’s early years called neuroplasticity.  This basically means that as a child brain is developing their are increased opportunities for re-routing brain pathways. Neuroplasticity is at it’s best before five years of age, making these years very important for therapeutic interventions for young stroke survivors.

Parents often know that there is an issue but have a difficult time getting doctors to listen to them.  When we first noticed symptoms in our son, we were told not worry, he was fine, despite pointing out to the pediatrician several symptoms that I now know are red flags for pediatric strokes.  When babies arrive at the pediatrician’s office for their regular checkups during the first years of life, it is important that doctors and nurses know and assess for signs of a stroke, and also that they listen when parents bring up their concerns.  Of course, first time parents worry, but the reality is that sometimes that worry is well founded!

Yes, kids have strokes too. But being  a stroke survivor does not define these children. They are dancers, track stars, swimmers, college students, hockey players, artists, singers, writers, actors, sons, daughters, brothers, sisters, and grandchildren.  They are strong, they are incredible at adapting to the world around them, they are creative, and they work so hard just to do what typical kids don’t think twice about everyday.

A huge thank you to the Children’s Hemiplegia and Stroke Association (CHASA) for providing me with much of the information above, and for being a wonderful organization for children and families affected by pediatric stroke.  For more information about pediatric stroke, please visit www.chasa.org.  To see a host of pediatric stroke survivors, and be inspired by how amazing they are, you can view the 2014 Pediatric Stroke Awareness Video here: http://www.youtube.com/watch?v=wa_mx6vr_cQ&feature=youtu.be