Trisha Lynn Sprayberry is a 35-year-old mother from Portland Oregon, where she currently lives. Both she and her daughter share the diagnosis of FSHD, one of the many types of Muscular Dystrophy. An advocate for people like herself with Muscular Dystrophy and those that utilize a wheelchair, Trisha is passionate about providing a voice to break stereotypes and expose the hardships that are faced for those with disabilities and to promote a positive, no limits lifestyle. 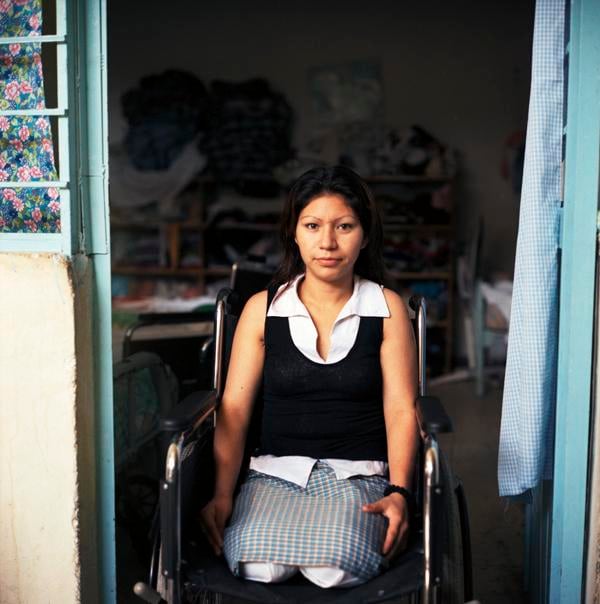 A woman and her assistant waiting at a Portland bus stop were denied service to ride the public bus by a TriMet (Portland Public Transportation) driver and told to wait for the next one to come along some 20 minutes later. After pleading with the driver, who overshot the stop, to back up so her wheelchair could board the buses wheelchair accessible ramp, the driver reportedly offers a few not-so-stellar remarks, informing her to wait for the next bus to come along, then shuts the door and drives off.

Another rider on the bus captured the indecent on a cell phone about a minute after the incident began. The video shows the other passengers of the bus inpatient with the woman in the wheelchair and were even noted to have encouraged the Trimet bus driver, one was even applauding the driver in her decision to leave the woman at the stop, saying the woman always complained.

This is insane! The discrimination of wheelchair users is quite disturbing. The rest of the people riding the bus were acting just as discriminatory towards the woman, too. Excusing this disgraceful behavior because she was a “complainer,” instead of admitting that they were annoyed that her wheelchair difficulties was taking up their valuable time, a worth not given to the woman in the wheelchair who was told to wait.

The final words exchanged between her and the driver sums up my feeling on this matter.

TriMet is wrought with reports of less than professional treatment of their riders with disabilities. Their upholding of ADA standards is vomitous.

TriMet reports that reinforcing their ADA protocols with training their fleet drivers on how to improve their quality service towards those with disabilities is on this years to-do list. But as a person from this beautiful city, I’m sad to say that this is an occurrence not unknown to me. Its actually a daily battle.

Discrimination towards those with disabilities in Portland is a huge problem with this story only being the latest of incidents caught on camera. It is unfortunately the reason why I and so many other wheelchair users are subjected to the absurd discrimination blocking the path to independence and self reliance.

It’s acts and behaviors displayed by this TriMet bus driver and her passengers making the foul acts ok because they all mutually felt the same burdened resentment for a woman in a wheelchair having added difficulties just trying to get around our fair city by the only means left for her. This is what forces the disability community into the seclusion of our own homes when we don’t have the means of gaining our own transportation freedoms and why we desperately need equality.