Raising A Child Around Disability: The Benefits And Disadvantages - The Mobility Resource 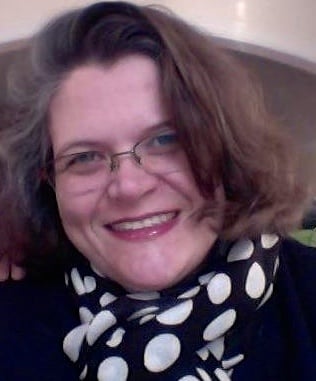 Ami Claxton, PhD, lives in Cary, NC with her teenage son and her husband Chad, a C4/5 quadriplegic of 27 years. An 11 year veteran of an spinal cord injured caregiver life, she has a passion for writing to share her experiences so that others can understand the issues faced by the disabled, and their family members. Ami, in addition to being a caregiver to her husband and a mother to her son, holds a full time job as an epidemiologist. Her husband is retired from a job as a computer programmer. As a family, they enjoy bowling, playing board games and spending time together. 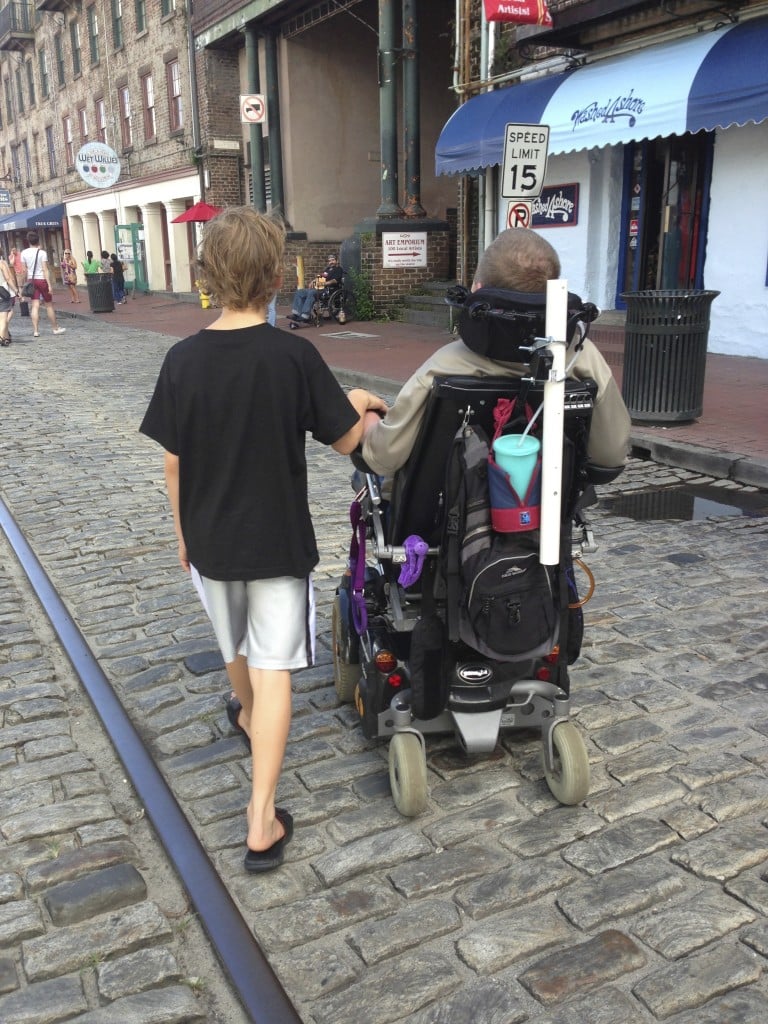 When I met first Chad, my now-husband, my son was 3-years-old.  And I’ll never forget when I first introduced them.  My son was exceptionally curious about Chad’s chair.  At first look, he was immediately fascinated by the enormity of the chair and the gadgets surrounding his head that controlled the chair – as a C4/5 quadriplegic with no arm or hand function, he controls the chair with chin and head switch mechanisms.

He took one look at Chad, marched around the chair multiple times, peered “under the hood,” and finally climbed up on Chad’s lap, pointed across the room and pronounced “Take me der”.  Chad complied and took him “der,” which led to Chad driving him all over the house for a good 20 minutes.  In the years since, my son has grown to now be a teenager and we have been witness to the myriad of ways that growing up around a disability is both beneficial and a detriment for a child.

My son learned from the age of three how to play with someone with only a shoulder shrug and head turn.  Undeterred by this limitation, he played Legos with Chad by building Chad’s legos for him – asking him which piece to place where, eventually building Chad’s buildings for him completely.  He would build his own creation for a few minutes, then turn to Chad’s for a few minutes, alternating between the two castles until both were finished.  Then he would play with both on Chad’s behalf.  He also learned to play card games – Uno, Go Fish, blackjack, etc by holding up Chad’s hand turned towards his face but away from his own.  They also played Hot Wheels by Chad selecting a car and my son would race it for him, while Chad oversaw the playing on his behalf.  It was very interactive and together-play, not simply my son playing with toys while Chad watched.

The world is not designed with the disability community in mind.  As such, we have to come up with some very creative work-arounds that require persistence and perseverance.  For example, it took us the better part of a week to come up with an umbrella holder to go on Chad’s wheelchair to keep the heat down to a reasonable level for him on a recent trip to Florida.

It teaches disability as a normal part of life.

It teaches inclusion and empathy.

Children raised around disability see the day in and day out the struggles that people with disabilities go through to be included – and how it feels to be excluded.  As such, these children go out of their way to include their peers and others with disabilities in their play and in life.

It leads to frustration.

Children are part of the struggles and understand the difficulties that come with being disabled – not being able to find a suitable parking space (or worse, getting boxed in), not being able to get concert tickets anywhere but the (accessible) last row, always having to drive in the not very fashionable big accessible van that, and everything taking longer because it just takes longer to get a wheelchair in and out of the car, in and out of venues.

Particularly as a teenager, kids want their parents to shrink into the background and preferably be completely invisible.  That is impossible when you are usually the only one in a wheelchair – we stick out like sore thumbs.  Kids in the younger years are more curious than anything else, but become more cruel as they age. It’s hard being stared at because your stepdad is the one in the giant chin-controlled wheelchair.

All in all, the benefits clearly outweigh the disadvantages.  Raising a compassionate, educated, creative and empathetic young man has been a terrific by-product of being raised in a home with a individual with a disability.  And he will take forward into his life the lessons that people with disabilities are just normal people that simply have an impairment in one or more systems in their bodies, but that this has absolutely no bearing on who they are as a person nor on their ability to accomplish and achieve.