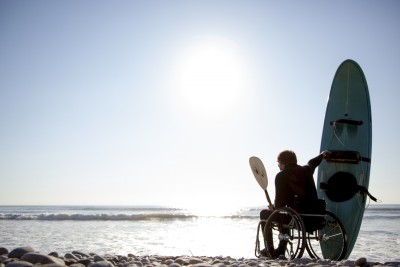 Presented by JCC Manhattan, the 2015 festival will launch in New York City at the Intrepid Sea, Air & Space Museum, and will take place in over 35 venues across New York from March 12-18, featuring U.S. and New York premieres of acclaimed movies from international film festivals. Films will screen at JCC Manhattan and in a variety of other prestigious locations, including Lincoln Center for the Performing Arts, Museum of the Moving Image and New York Public Library branches. A nationwide tour of the festival will follow the New York launch.

The festival will kick off with a special Opening Night Gala on a National Historic Landmark – the Intrepid Sea, Air & Space Museum. Opening night will feature the New York premiere of The Finishers, starring acclaimed French actor Jacques Gamblin as Paul, the father of a young man with Cerebral Palsy who embarks with his son on a journey to compete in a triathlon. Blessing Offor, a contestant of The Voice, will perform live.

Initiated by JCC Manhattan in 2007, ReelAbilities is the largest festival in the country dedicated to presenting award-winning films made by and about people with different disabilities – physical, developmental and psychological. Through film, ReelAbilities brings the community together to celebrate diversity and inclusion, by engaging film lovers and audiences from all walks of life. The festival is part of a movement to bring awareness and appreciation to the experiences and stories of people living and thriving with disabilities – building on the cultural shift that puts complex images of people with disabilities into the foreground of film.

In addition to a wide variety of award-winning films from across the globe, post-screening discussions, author talks, performances, exhibitions and other special events are major components of the ReelAbilities experience.

The festival partners with over 70 community, film, arts, government, disability, and educational organizations, making it the only film festival to bring stories of people with disabilities to such a wide-reaching audience.

Other special events include a Friday Night Dinner and Conversation with a remarkable line-up of speakers, to address topics of accessibility, inclusion, and evolution of the ADA locally and nationally in different areas of our lives.

Tickets for the 7th Annual ReelAbilities: NY Disabilities Film Festival go on sale February 12 online at ny.reelabilities.org or by phone (646) 505-5708.