Sex and Drugs Destroy Two Icons: But Why? - The Mobility Resource 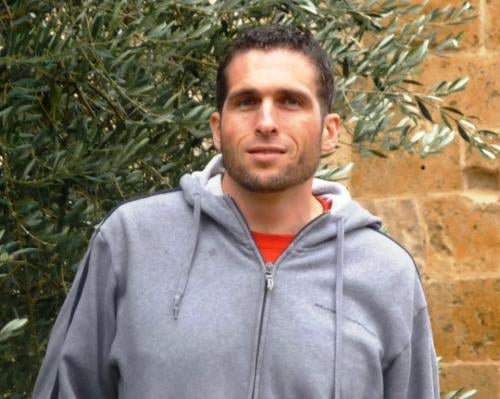 Special to The Mobility Resource

It is ironic to me that two American icons fell dramatically from grace only months apart. Lance Armstrong and General David Petreaus, two fair-haired, golden boys of their respective fields, now forever linked to their respective scandals. 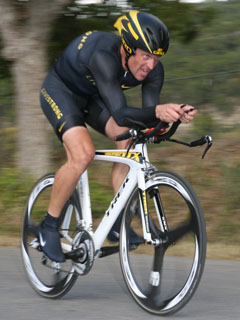 But why is this scandalous?

Who cares if Lance Armstrong was using the performance enhancing drug, Erythropoietin (EPO) to recover from testicular cancer, climb the ranks of the cycling world and ultimately claim seven Tour de France victories?

It certainly appears to this cycling fan that the majority of competitive cyclists racing during  that period  were using EPO. If they were clean we probably didn’t know about them because they weren’t winning. Lance Armstrong doped and cycled better than everyone.

I acknowledge this doesn’t justify the cheating, but much like steroids in baseball EPO use  is very much part of the sport’s history. Try as you might to blame the individual, it is actually the fault of the sport which passively allowed this behavior to endure.

I’ve deployed five times with the Army and have never been star struck until my latest stint overseas in Afghanistan from 2010-2011. I actually shadowed Lance Armstrong around our forward operating base and jockeyed for a position with a General Officer until I finally worked myself into a position to speak with Lance Armstrong.

I couldn’t care less that he doped. He still won seven Tour de France titles, fought cancer and raised millions of dollars for cancer research. Most importantly, he motivated millions to fight in what many feel is a hopeless situation and he made them believe that they could win their battle with cancer.  Lance Armstrong is an icon and hero to many.

I’ve seen lots of “celebrities” on USO tours, but Lance Armstrong has been the only one I cared to meet and shake hands with… until another “RockStar” made it to our camp a couple months after Lance Armstrong visited.

Of course, General Petraeus was our commander in Afghanistan and technically I was part of his staff, but in the year I was stationed at New Kabul Compound in Kabul, we only saw him that one time.

He came to present coins of excellence to a group of service members and for a photo opportunity.

Yes that’s right; at least three hundred service members stood anxiously in line to have their picture taken with an Army General, arguably the greatest American General since Douglas MacArthur.

And I was one of those “fans”. 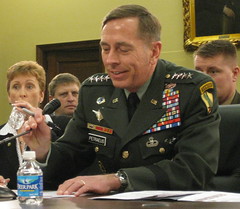 The man is an American icon who saved our efforts in Iraq and righted our course in Afghanistan. He has spent the majority of the past ten years deployed to Iraq and Afghanistan away from his family.

They were both consenting adults who wanted something from one another.

I’m not the morality police.  So what is the story here?

Why do I care? Why do we care?

Our country just lost a dynamic leader because, um, can someone explain this to me?

Or do we love a good scandal?

I for one would rather have Lance Armstrong back at the head of Livestrong and General David Petraeus as head of the Central Intelligence Agency.

Personal indiscretions shouldn’t outweigh professional performance. I want those two in their positions because of the incredible impact they were making.

It is unfortunate that it is all erased and wiped away because of the morality police’s outrage.