Sorry "Push Girls" and "Ironside," But We Need a Real Gimpy Character - The Mobility Resource

Sorry “Push Girls” and “Ironside,” But We Need a Real Gimpy Character 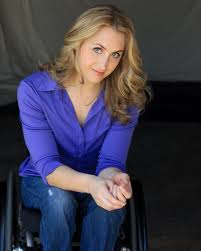 Images of people with disabilities are finally starting to appear on regularly scheduled television shows.  First, The Sundance Channel launched “Push Girls.”  This docudrama is about four ladies who are wheelchair-users that live in LA–portrayed by actresses with authentic disabilities.  Then there is NBC’s “Ironside,” which is about a disabled police officer.  Yet, Blair Underwood, a non-disabled Actor has been cast to portray this wheelchair-using character.

Aside of the controversy surrounding the latter, this is progress and I commend The Sundance Channel and NBC for making an effort to appeal to an audience that has been overlooked for far too long.  Hopefully, this trend will progress and the next cable TV show featuring a main character with a disability will be one that I will enjoy watching because it is realistic, funny and have characters I can relate to like, “My Gimpy Life.”

This hilarious Web TV series on YouTube, “My Gimpy Life,” made me laugh so hard it felt like I sprained my spleen!  Teal Sherer, a comedic actress and wheelchair-user, is the main character in this unique sitcom.  MGL is loosely based on Sherer’s real life and how she uses her quick wit and juicy sarcasm to navigate an often-inaccessible world.  Episode three is absolutely my favorite because Sherer uses her dark and somewhat twisted sense of humor to address real issues that women with disabilities have to deal with on a daily basis, such as   strangers asking us if we can have sex!  Sherer’s character is down-to-Earth, funny and realistic.

I’m not the only person who realizes the awesomeness of MGL.  At this year’s Webby Awards, aka ‘the Oscars of the internet,’ “My Gimpy Life” was nominated for four International Academy of Web Television Awards and won two of them!  The first of the two awards was given to Teal Sherer for “Best Female Comedy Performance.”  The second went to Sean Becker, Director of MGL, for “Best Director.”  Plus, Complex Magazine recently ranked MGL as #12 in the Top 25 ‘Best Shows!’

There are definitely fans anxiously waiting for a second season of “My Gimpy Life.”  However, weather a TV show is featured on a major network or just online, they cost money to make.  For unfathomable reasons though, no major network has proposed a deal to Sherer or even acknowledged the excellent reviews and awards MGL has received.  Sherer is unstoppable though and season two of “My Gimpy Life” will manifest by the power of its creators and supporters…and Kickstarter!  Until Comedy Central, CBS or even Netflix gets hip to the goldmine that is MGL, it’s up to the fans to support Sherer in keeping this series going strong!