Stem Cell Cure: Inevitable, But Not In My Lifetime - The Mobility Resource 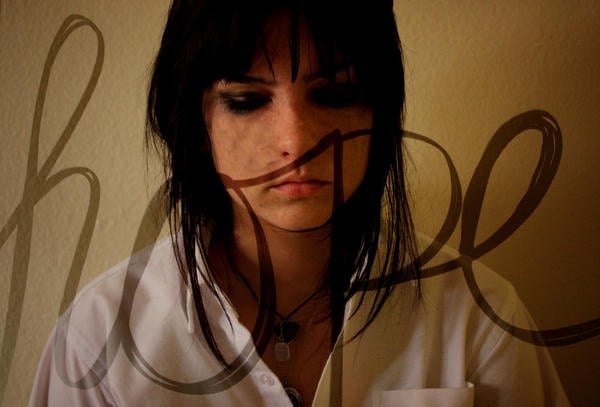 The Holy Grail comes in many forms. For stock traders, it’s making millions on another Microsoft-esque Cinderella success story. For teenagers, it is a big wad of cash and free reign at the mall. And for people with spinal cord injuries (SCI), we don’t want much, just a walk through the park.

But that’s the kicker. It’s not easy. In fact, any kind of cure or treatment for a SCI was previously thought impossible as recent as 30+ years ago. And then the Miami Project to Cure Paralysis, founded in 1985, began to challenge the notion, focusing on myelin, the sheath surrounding the spinal cord which breaks down after an injury, never to return.

The sheath becomes injured during an injury and causes big problems since it helps nerves talk to one another. To simplify – if it stays damaged, paralysis stays. It’s no wonder the Miami Project was one of the first places my parents went, looking to see if hope was something tangible, not ridiculous, for us to have.

And the research, which also dabbled in experimental nerve re-growth, went on between 1985 – 1996. No one however walked out of their research labs. Not a single one. They did see nerve re-growth, but it wasn’t enough to deliver the full-restorative cure we all dream of. And this has unfortunately been the case with all SCI research.

While they did tell my parents hope was there, that a cure was only a matter of time, their projected time-span has expired. And this unfortunately has been the case with every SCI research facility. They should know better than to set “projected completion” dates on any kind of medical research. We are not a new lane on 394.

Over the years it’s been said a cure would come in 10 years, then 15 years. I think it’s time to be honest – only those in the future, long after we’re dead, will be able to enjoy the full breadth of research our current researchers are geeking out about. “Oh to be a (research) rat,” the late Christopher Reeve would say, and he’s damn right. Yet, even the human trials are proving to not show much in the way of return.

When stem cells came in like a fierce tsunami in the mid 90s, they’ve been dominating the SCI research scene since then. Researchers have been oohing over the multiple prospects stem cells may hold since they were first harnessed in a petri-dish nearly 15 years ago (in a UW-Madison lab). We’ve been told they’re the building blocks of physical life, and have the ability to grow into any body part–and they’re right. Today, they can cure several conditions from back pain to juvenile leukemia. Stem cells are the Holy Grail.

In 2008, I went to the World Stem Cell Summit and had the opportunity to listen to some of the brightest minds in the world speak about their research. Dr. Hans Keirstad, Dr. Wise Young, and dozens of researchers all over the globe; U.K, Japan, China, Australia and others. Each researcher has made stem cells their career because they believe in them. The entire world definitely acknowledges stem cells, as stubborn as they are to coax, as a medical miracle.

Nobody from any of these research facilities, even from the lauded SCI-Net treatment center in China, have fully cured someone with a spinal cord injury. Sprinting away from the hospital is still a dream. I want to see it, believe me I do, and I believe it will happen one day, but I gotta admit, I’m not sure it’ll happen in my lifetime.

I believe a full-on cure, the “real deal” cure all of us desperately want to seem is at least 100 years away. And the reason? Too many variables. Our current knowledge of medicine is still not quite where it needs to be. Dealing with rejection, which cells to use and where/how to administer them….researchers still aren’t sure about so much. We are living in the earliest age of electricity folks, and the cure is the inevitable nuclear power. 50-60 years away, minimum.

While some conditions are cured today by stem cells, regrowing cells and organs is the stuff straight out of sci-fi novels. We can do it, yes, we finally have the right tools, but figuring them out however is the hard part. It’s like finding an alien computer with no instructions. I just hope this post is viewable to newly injured people 100 years from now. When a full-on cure becomes standard procedure, people will want to forget how hard it was.

Do you think I’m a negative Nancy for feeling this way? I sincerely hope I’m proven wrong in this life, but I have 40-50 years left if I’m lucky. All I know is what I’ve seen – the pace of SCI research is crawling, it’s been crawling the last 15 years and will continue to do so until a breakthrough occurs. In the meantime, I’m going to live hard and fully. Waiting is for babies.

When do you believe a spinal cord injury cure will happen?