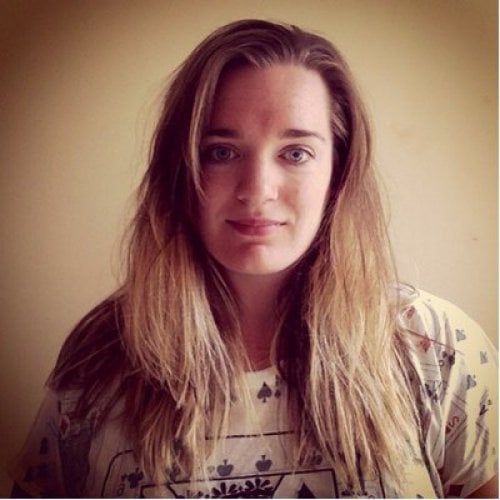 Louise Bruton hails from Ireland and is a contributor to Buzzfeed as well as many other online communities. She has a devil on one shoulder and a parrot on the other. 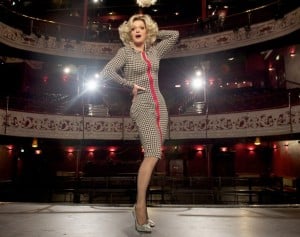 This is a story about Panti Bliss – a drag queen. When she is dressed as Panti, she is a she. When Panti is without a dress or make up, she is then a he.

“Have you ever been standing at a pedestrian crossing when a car drives by and in it are a bunch of lads, and they lean out the window and they shout “Fag!” and throw a milk carton at you?

Now it doesn’t really hurt. It’s just a wet carton and anyway they’re right – I am a fag. But it feels oppressive.

When it really does hurt, is afterwards. Afterwards I wonder and worry and obsess over what was it about me, what was it they saw in me? What was it that gave me away? And I hate myself for wondering that. It feels oppressive and the next time I’m at a pedestrian crossing I check myself to see what is it about me that “gives the gay away” and I check myself to make sure I’m not doing it this time.”
These words may be familiar to you. If not, they are the words of Panti Bliss, aka Rory O’Neill, one of Ireland’s finest drag queens and an icon for the Irish LGBT community. Panti gave a powerful speech called Noble Call one night in Dublin’s Abbey Theatre following a conflicting week of media coverage around the term ‘homophobia.’ She eloquently discussed oppression and her experiences of homophobia. I felt a pang of familiarity. She spoke of “checking yourself at a pedestrian crossing” because of something someone else said or the way that somebody looked at her.

As a wheelchair user, I too check myself at a pedestrian crossing for those exact same reasons. Other people make me aware of my chair because of the way the talk about me and not to me. I check myself because they glance quickly at my chair and look away just as quickly.

The background to “PantiGate” as it’s referred to on Twitter is the following.

Panti went on the Saturday Night Show as Rory on Ireland’s leading television station and explained that everybody can be a little bit homophobic. Homophobia doesn’t always mean violence or physical attacks, it can be something small like a secondary look, a hesitation or a cruel word. It can also be something bigger like a denial of rights or a lack of equality. There has been ongoing debate in Irish media about marriage equality. Some are for it and some are very, very against it.

Rory was asked by the presenter Brendan O’Connor to name people that were homophobic. He named three characters – a male journalist, a female journalist and a Catholic lobbying company – and then there was uproar. Suddenly the rights of gay people were being discussed by everyone and not everyone was supportive, to say the very least. 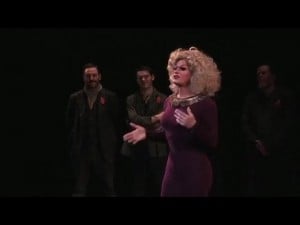 Noble Call addresses oppression.  I feel that anyone living with a disability can identify with her rousing words. Place yourself in her speech and it all might feel a bit too real. Replace the word “fag” with “retard” or “cripple.” Yes, it hits you right in the stomach and leaves you completely winded.

Again, replace the word “homophobic” with “ableist” and Panti Bliss is immediately a spokesperson for the people with spokes.

“I do, it is true, believe that almost all of you are probably homophobes. But I’m a homophobe. It would be incredible if we weren’t. To grow up in a society that is overwhelmingly homophobic and to escape unscathed would be miraculous. So I don’t hate you because you are homophobic. I actually admire you. I admire you because most of you are only a bit homophobic. Which all things considered is going pretty good.”

Thank you Panti for giving me the words I could never find.