10 Things I Wish Were Different About the ADA 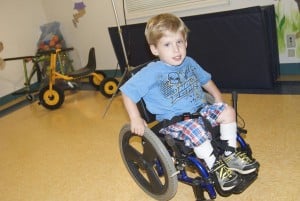 The Americans with Disabilities Act (ADA) gives people with disabilities basic civil rights that are often taken for granted by others. Though far-reaching in its scope, there are a number of issues that were either poorly addressed or not considered even in the ADA Amendments Act (ADAAA), which was signed into law in 2008 and took effect in January, 2009. After polling some of my friends in the disability and activist communities, I created this list of things that I (and others) wish were different about the ADA. Some are controversial and some might even be covered by the ADA but are so poorly enforced that they may as well not exist. Who knows, though? Perhaps these items can be incorporated or strengthened in another amendment in the future.

1) The ADA was not an unfunded mandate.

If the ADA were properly funded, there could be money available for a number of things, including education of people whose job involves working with, or accessing services for people with disabilities, such as social workers, vocational rehabilitation counselors and others. The funds could also be used to further educate judges, attorneys and those in the criminal justice system on the needs and rights of people with disabilities in their charge. Another excellent use of the “ADA money” could be to fund small businesses that would find it hard or impossible to make their buildings accessible.

2) There were stricter enforcements in the ADA.

With stronger enforcements such as higher and consistently applied fines, and the statutory cap on compensatory and punitive damages toward noncompliant businesses and employers being increased, along with the streamlining of the complaint and litigation process, the ADA would be taken far more seriously than it is.

3) That community integration was written into the ADA.

This is my number one wish. Over 2 million people with disabilities and seniors are trapped in nursing facilities against their will. Why? One reason is the outdated belief about the ability of people with disabilities living at home and in our communities. And secondly, funding for nursing facilities is federally mandated, while home and community-based services, which costs far less, is poorly funded, at best, and often cut or eliminated during budget crises. This is known as the institutional bias. A third reason is the lack of affordable, accessible, integrated housing, affordable public accessible transportation and home and community-based services and support in the area. Though the landmark 1999 Olmstead Supreme Court decision states that  “unnecessary institutionalization is discrimination under the Americans with Disabilities Act” and calls for services to be provided in “the most integrated setting,” it was not included in the ADAAA. Hopefully that will change some day.

4) The ADA required taxicabs to be wheelchair accessible.

Many mid-sized and large cities here in America still do not have accessible taxicabs or livery services that are accessible to those who use wheelchairs, despite incentives in place to do so. Indeed, some cities fight tooth and nail to avoid mandating accessible taxis even in the face of clear need and demand for them.

5) The ADA required all movie theaters to provide captioning for deaf and hearing impaired customers.

In most cities deaf and hearing impaired people cannot enjoy a movie with hearing friends and family because there are little or no provisions for captioning. I have experienced this first-hand on many occasions with my spouse, who is hearing impaired.

6) The ADA required churches to be wheelchair accessible.

Yes, I know that churches and other places of worship are exempt, but since they are often used for public meetings and as polling places, primarily because the space can be used for free, or for a very small fee, they should be required to be accessible.

7) That, through the Americans with Disabilities Act Accessibility Guidelines (ADAAG), the ADA required uniform requirements for doors to be made accessible. 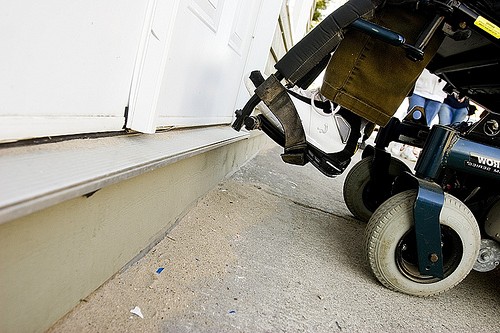 Unfortunately, there are no uniform guidelines for doors on public buildings to be made accessible with electronic openers due to climate differences around the country. Typical solutions such as doorbells and attendants have not always worked and disabled customers are often left in the elements staring balefully at a door they cannot physically open. If we can send a probe to Pluto, surely we should be able to figure out uniform guidelines for doors.

8) That the ADA required states that haven’t done so to waive sovereign immunity.

Sovereign Immunity says that one must seek permission to bring suit against a state agency or entity for alleged discrimination. Rarely is that permission granted. While some states have waived sovereign immunity in regard to the ADA, others haven’t.

9) The ADA offered better protection for those whose disabilities last six months or less.

People with conditions that last for less than six months tend to have problems getting accommodation in the workplace and face the possibility of being closely scrutinized even under the Amendments Act, resulting in a greater possibility of losing their case.

10) That the ADA Amendments Act was retroactive.

Though it clearly states that the ADAAA is not retroactive, based on my research there are cases that cry out for it, particularly claims filed shortly before it became effective. Yes, there are considerations of fairness and possible constitutional issues but perhaps in future legislation, retroactivity to a certain date can be included.

This list is by no means exhaustive; others will certainly have their own wish lists. Some of these ideas are controversial and since I’m not an attorney, and am not well-versed in legalities, some of this may not be phrased properly. Still, despite the issues stated above, I am very grateful for the ADA because it has improved the lives of millions, including mine.