4 Facts Everyone Should Know About Cerebral Palsy - The Mobility Resource

4 Facts Everyone Should Know About Cerebral Palsy 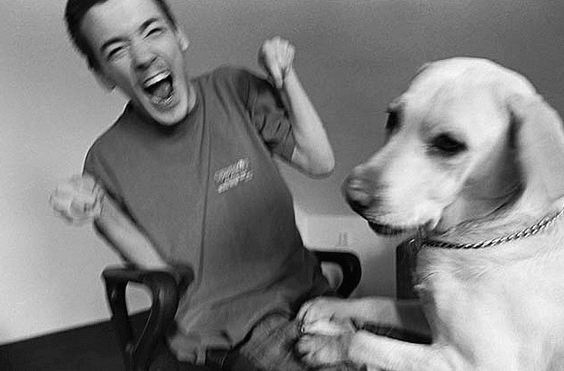 “Cerebral palsy,” the term conjures up different emotions for different people. Parents receiving the CP diagnosis for their child will most certainly feel concern, perhaps even fear. Classmates, co-workers, neighbors, and passersby may let uncertainty and hesitation take over. Those with cerebral palsy themselves encounter not only physical challenges but can also face self-doubt, loneliness and others’ pre-conceived notions.

The above negativity can result from poor cerebral palsy awareness. To remedy this I reached out via social media to my peers in the CP community and proposed a question. “What should people know about cerebral palsy?”

All but one person who responded to my social media inquiry mentioned this. Answers ranged from simply stating “Many people with CP are quite smart” to more frustrated sentiments like “For people not to assume that we’re mentally disabled when they see our physical disabilities – so annoying!”

A line from Tim Wambach and Mike Berkson’s stage show Handicap This captures the reaction many  people who are unaware experience. “They see Mike (someone with cerebral palsy) and immediately look away. They pull their kids in closer and rush past us as if they would catch what Mike has simply by making eye contact with him.”

Such behavior only remains acceptable if the person doesn’t know better. Now you do. You can’t catch cerebral palsy. Unlike an illness, CP can’t spread by contact or breathing the same air. Cerebral palsy’s cause remains a brain injury, often related to pregnancy or birthing complications.

Cerebral palsy affects everyone in the CP community differently. Symptoms vary by case and therefore so do the assistive technology/treatments used in each case. I walk unaided, albeit with a slight limp. Others use walkers, canes, crutches or wheelchairs. Amongst those categories exists even more variances. For instance, manual wheelchairs and power wheelchairs each offer their own positives and negatives.

Along with Tim Wambach from Handicap This and author/motivational speaker John W. Quinn, I host a live weekly cerebral palsy Twitter chat using the hashtag #CPChatNow. Multiple stories get shared about experiences adults with CP encounter. These firsthand accounts feature comments like “You still have CP? I thought only children have that.” Lay that misconception to rest!