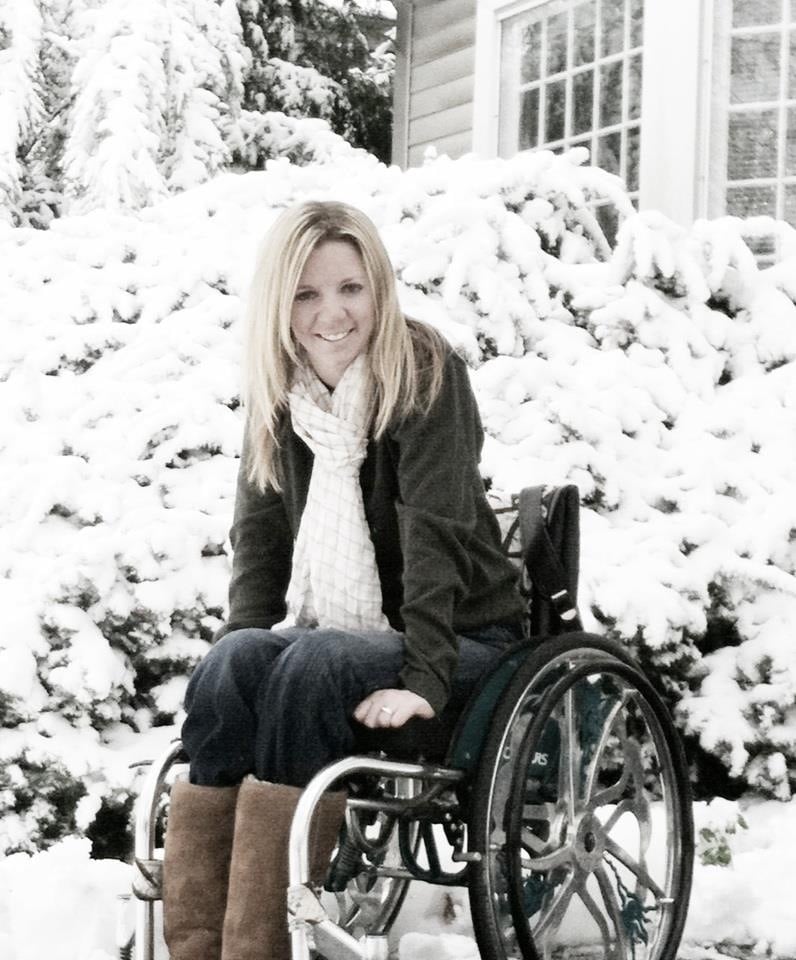 I’ve heard some pretty crazy things come out of people’s mouths in my few short years as a wheelchair user. Most people definitely mean well, but some sentiments aren’t received the way many able bodied people might expect.  In the disabled community, it’s not uncommon for us to joke with each other about some of our interesting conversations with family, friends and strangers that often involve some off putting statements. below are the top 10 things that I’ve heard people say since my injury that don’t necessarily leave me with a warm and fuzzy feeling.

1. You’re Really Pretty For Someone In A Wheelchair

Yes. People actually say this.  There’s this huge misconception that people in wheelchairs are unattractive, frumpy and sloppy. Well spinal cord injuries  and other disabilities don’t discriminate against attractive people. Some of the people I know in chairs are  totally gorgeous!  But honestly that’s besides the point. If you’re going to compliment someone, that is great!  But leave the wheelchair out of it.

2. I Had To Use A Wheelchair When I Broke My Leg, So I Know Exactly What You’re Going Through

I can’t tell you how many times I’ve struck up a conversation with a total stranger only to hear about that terrible month where their leg was in a cast.  They had to use a wheelchair too and so they totally get it.  Spinal cord injuries involve a plethora of other issues that don’t involve the actual paralysis. So I really hate to sound intsensitive, but it gets kind of hard year after year to smile and listen to your short stint with a wheelchair while I’m on a nice outing with my husband.

There are times where this is ok, but there are also times where this just makes me really uncomfortable. I’ll give you an example. One night I was out with my friends at a local club. I was dancing with my girls when a guy walked up and said “you’re a real inspiration”.  In that moment with my friends, I was care free, a normal girl just going out and having fun. But, then I’m reminded that “oh yeah. I’m in a wheelchair and people think it’s merely inspiring that I go out”.

After years in our chairs, we don’t want to be called inspiring for driving to the grocery store, hitting the gym, or attending a sporting event. “You’re an inspiration” equates to “If I were you I don’t think I’d be able to leave my house”. If it inspires you, that’s great. But we just don’t like to be told how incredible we are for doing the day to day tasks that you do. I’m often told by others that they’d never handle this injury with as much grace. You’d be surprised. This injury doesn’t just smite the most strong willed of the human race. And yet a significant majority of us go on with life eventually.

4. I Was Only Parked There For A Minute

Don’t. Just don’t. This is the number one excuse us rollers get when we must confront someone who’s illegally parked in a handicap spot. Besides the fact that this usually isn’t true, I shouldn’t have to wait for an able bodied person to run inside. I run into a handicap parking issue at least once a week. People who need those spots have schedules to meet and places to be as well. Just walk the extra 50 yards because I sure wish I could.

5. Everything Happens For A Reason

For many individuals hit with hard times, this very thought pulls them out of depression and gives them hope.  To others it’s another way of saying “fate wanted you to get hurt so that others would realize that their lives aren’t that bad after all.” For me?  It’s neither really. I may disagree but I’m not offended. I believe that sometimes really bad things happen to good people and it is what it is. In some cases you can rise above a tragedy and give it a reason by choosing to make a positive impact. In other cases, it may simply be a horrific event that requires not a purpose, but some time to cope and heal.

6. Here, let me help you! (rushes to my side frantically).

Undoubtedly the hurried helper is just trying to be nice!  But let me explain the sentiments behind disliking this. When I was injured, a lot of things were taken out of my control. There’s a laundry list of things I can no longer do without someone’s help and losing  independence can take away ones ability to feel “normal” at times.  So if I’m at the store and you see me bending down to pick up my cell phone, Just give me a chance to get it. I promise that people in my situation have gotten used to asking for help and so we won’t hesitate to ask if we truly need it.  Also, we generally don’t need help getting into our cars or pushing our chairs. We wouldn’t be out alone if we couldn’t do it!. We appreciate that people want to be helpful, but I almost feel like I need to fight the helpers off so I can learn how to do more things for myself.

I’m not talking about a scenario in which I bump into an old friend at a restaurant  I’m talking about complete strangers coming up and saying it. I’m not even sure what this one is supposed to mean. Does society think we are all hermits? An overwhelming majority of us leave our house. I promise!

8. You Have Found Yourself A Real Stand Up Guy

The fact that my husband chose to stay with me after my accident is not what makes him a stand up guy because his decision wasn’t based on morals. Staying with someone “because it’s the right thing to do” is actually in fact the wrong thing to do. You should choose to stay with someone because you love them. plain and simple. So when people shake his hand and tell him what a “real man” he is for staying and then tell me how lucky I am to have him, it leaves a bad taste in our mouths. This is a conversation Chris and I have had with many couples like ourselves. No one wants to be given a high 5 for not leaving the side of someone they truly love.

9. With Your Effort And Attitude, I Know You’ll Walk Again

It doesn’t work that way but oh how I wish it did!  If a lamp isn’t plugged in, I assure you a good attitude will not make it turn on no matter how hard you try to flip it on. Some people’s injuries are less severe and so, for them, a rigorous therapy schedule will heed results. But for many of us, it just won’t happen without science. There’s plenty of people who have recovered function who have a bad attitude and millions still in their chairs who have lots of determination. If you think effort and attitude is a solution for a cure, then next time you’re in a thunderstorm call me after you’ve wished it away.

10. Anything In Your Pre School Teacher Voice

I am not sure what makes people who I meet for the first time want to talk to me in that high pitched voice, but it’s kind of awkward. And I’m not talking about sweet old ladies. I’m talking about grown folks. If you were meeting an adult who doesn’t use a wheelchair, you wouldn’t say (Insert pre school teacher voice here) “it’s so nice to meet you sweetie!”.  I smile and return the excitement, but I’d much rather have a more age appropriate interaction.

If you’ve said any of these, don’t feel bad (unless you’ve stolen a handicap parking spot!) We aren’t angry or offended, but we want people to understand. We aren’t inspiring for living our every day lives, completing the mundane tasks we as adults are often subjected to.  Able bodied partners of people with disabilities are not heroes. They just love their significant others like anyone else. No need to pat us on the back (OR HEAD!) just for leaving our houses.  I may not be speaking for everyone, but I know that I’m saying here what so many people in my situation want able bodied individuals to know.  If you had a disability, would these things bother you? 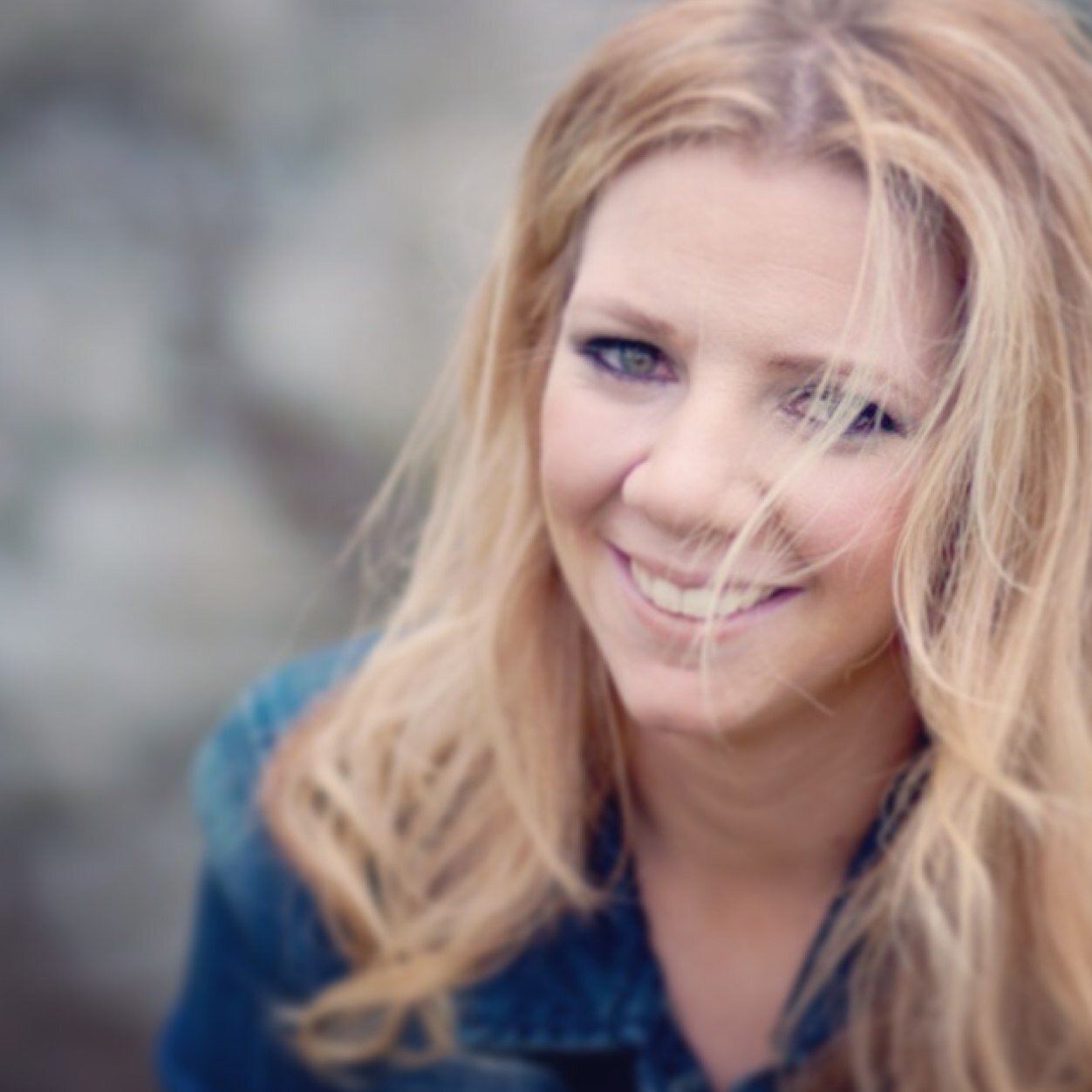 Rachelle Friedman is a c6 quadriplegic who was paralyzed at her bachelorette party in 2010 during innocent horseplay by the pool just weeks before her wedding. Her story went international and has been featured on the Today Show, CNN, HLN, MSNBC, VH1 and other various media outlets. Since then she has become a motivational speaker, blogger, ambassador for the spinal cord injury community and author of her new book "The Promise." Rachelle and her husband Chris currently reside just outside of Raleigh, N.C., and are looking to start a family in the near future.