10 Things to Never Say to a Person in a Wheelchair

Spend a week or a decade in a wheelchair, chances are you’ll be asked some pretty crazy things. And I get why–people are uncomfortable around things that are different, especially wheelchairs. (Even more so if they don’t know anyone who uses a wheelchair on a personal level). 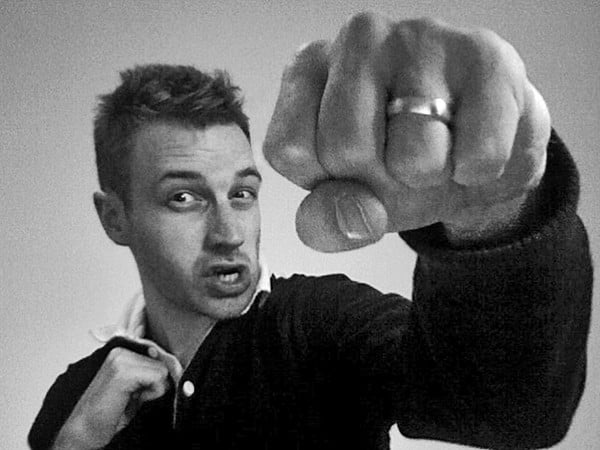 Thoughtless ridiculous things tend to be said, and they can be offensive, even if you didn’t mean it. If you don’t want to make a fool of yourself the next time you’re around a wheelchair-user, read on for the top ten things to never dare say or ask to a wheelchair-user. Unless you don’t mind us running over your toes then speeding off with sh#!-eating grins on our faces.

1) Slow down there. You might get a speeding ticket.

We may be on four wheels, but please hold off on comparing us to other four-wheeled vehicles–such as a car (ah-hem). I’ve been in a wheelchair for 20 years and I’ve probably heard this line about 1,000 times from random strangers (my family and friends know better). When you do see a wheelchair user and have the urge to blurt the speeding ticket line, always remember these two things: It’s not funny and it’s not original.

2) What happened to you?

There are countless other ways to go about asking why someone uses a wheelchair other than asking them point blank, “What happened to you?” There is a polite way to ask this, but you really can’t go there unless you know them a little bit first. It’s really not any of your business, just like how you wouldn’t want your personal issues open for discussion with strangers either.

3) How fast does that thing go?

This is a question power-wheelchair users hear constantly. It’s a valid question, but a rather annoying one that really doesn’t matter. It’s small talk, like the weather, but it’s a small talk we’ve had way too many times. Let me save everyone from the trouble and share how fast power wheelchairs can go, so you don’t have to ask anymore: Top speed chairs can go between 6 to 8 miles an hour and most power wheelchairs go around 4 to 5 miles an hour tops about as fast as a bike ride.

4) Do you know so and so in a wheelchair too?

Since a disability is one of the last minorities to be more understood by the mainstream, many still have some archaic ideas about it, and one is that they think we all must know each other. This world is not a village. Just like you would never ask an African American if they know your friend Michael (who is also African American), you should never ask this to someone who uses a wheelchair.

5) Is your significant other also in a wheelchair?

A nurse at my doctor’s office actually asked me this one and it blew me away because it was such an old-fashioned idea (and she wasn’t that old). Asking this rediculous question will make you sound ancient.

While some of us end up dating and marrying another wheelchair-user, it only happens like 15% of the time, if that. So do yourself a favor and simply never ask this question, unless you don’t mind shoving your foot in your mouth real far.

6) I’d rather die than be disabled.

I was told this by a fellow student while in college, “I would rather die than be like you.” I don’t think she meant anything by it, but it’s certainly stayed with me all these years.  And by the way, maybe you do feel this way and you’re entitled to your feelings, but it’s probably never a good idea to share this with someone with a disability.

7) You’re good looking for being in a wheelchair.

Gussy yourself up real good, lose some weight, buy a new outfit, slick back your hair; however you make yourself look hot, chances are when you go out in public looking this way you may get some crazy quips from random walkers-by. And one of the most common, the backhanded compliment, “You’re too good looking to be in a wheelchair.”

If you really want to flatter someone in a wheelchair who has their head on straight, you’ll get nowhere with this compliment.  Instead, just tell them that they look great without the wheelchair qualifier. Remember, beauty can be found in any place, even in the seat of a wheelchair. If we can go to the moon, an attractive person in a wheelchair is possible.

Perhaps one of the most outrageously awful things you can say to someone who uses a wheelchair is “Good for you!” whenever we do something basic, like pick up dropped groceries at the grocery store or I dunno, go out in public.  Older folks do tend to say this more often than younger people, so it’s hard to get mad at a senior citizen when it happens, but when you do something as simple as drive your wheelchair up a ramp, and someone says as you whiz by, “Good for you,” you almost can’t help but want to punch them in the face.

9) Can I ask you a personal question?

No one in a wheelchair can go unscathed from this notorious preamble of a question.  And whenever I hear it, it reminds me of an episode from My Gimpy Life (a great web series starring Teal Sherer, an actress and paraplegic), who when getting money out an ATM, a guy in line went on to ask her if she could have sex by first asking if he could ask for a personal question. Again, a valid question, but one you shouldn’t ask a wheelchair-user unless you’re close.  We are not talking parrots on display for your amusement.

And lastly, there’s nothing like calling a full-grown adult who uses a wheelchair “speed racer.” We are beyond wanting to be named after cartoon characters. Sometimes we have to go faster when we’re late but please don’t call us speed racer as we roll by.

If only more people remembered we are still human with normal functioning brains (I know, hard to believe), then a list like this wouldn’t be so necessary. So pass it around, retweet, like it, (lick it if you can) and help change the world little by little by committing these faux pas to memory.

What things can you not stand people asking you?