9 Disability Related Charities You Should Never Support or Donate To

Which disability charities were ranked among America’s worst?

Nine disability-related charities were ranked among the 50 worst in the country in a recent study. 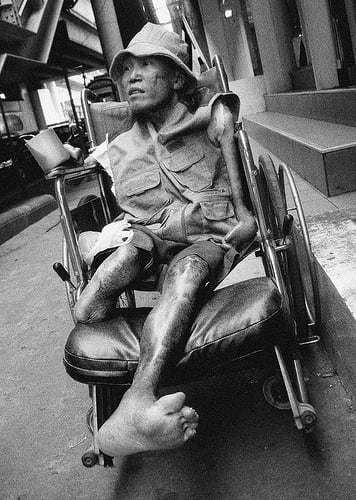 The Tampa Bay Times teamed up with the Center for Investigative Reporting on the year-long project, which ranked charities based on “money blown on soliciting costs” using the most recent 10 years of available tax filings.

Kids Wish Network had the dubious distinction of ranking number one.

“In the past decade alone, Kids Wish has channeled nearly $110 million donated for sick children to its corporate fund-raisers,” the Times report stated.

Let’s look at the nine disability-related charities that made the list.

The foundation offers free support kits for caregivers of patients with Alzheimer’s disease. Its mission is “to meet both the direct and indirect needs resulting from the impact of catastrophic diseases on our society.”

The charity, based in Alexandria, Va., says on its website that it achieves this mission by increasing public awareness and distributing educational information and support materials.

The Times reported that in 1996, the Pennsylvania Attorney General reached a settlement with the charity stating that the foundation failed to conduct or fund research for cancer and other diseases, which was the charity’s original mission.

VietNow has been around for 20 years with a mission to help veterans and their families deal with issues like post-traumatic stress disorder, Agent Orange, prisoners of war and VA claims.

However, the Times wrote that VietNow only spent $32,000 per year to help veterans and that it was involved in a U.S. Supreme Court case that revealed it signed a fundraising contract that earmarked 85 percent of the money to the solicitor.

The foundation, based in Staten Island, N.Y., “works to encourage and maximize the development, productivity, dignity and social interaction of challenged and disadvantaged children within society at large,” according to its mission statement.

However, the Times report stated that “the charity did not spend a single dime” on children in 2011, according to the foundation’s tax records for that year.

The foundation website lists horticultural therapy and outdoor experiences among its services that it provides for sick, homeless and battered children.

But the Times report said these programs weren’t listed on the charity’s tax forms, and that children were more likely to receive donated toys from the foundation, which ranked 23rd overall on the list.

Nearing its 20th anniversary, the foundation connects homeless veterans (and those at risk of becoming homeless) with the human services that can help them, including transitional housing.

The Times quoted VAF founder Robert Piaro as saying he is aware of the problem of using fundraisers that keep 90 cents on the dollar and that the group would stop the practice when its fund-raising contract expires.

Piaro told The Mobility Resource that the Times article was “very one-sided.”

“This article gives the appearance that the fundraiser is making 85 to 90 percent of all the funds raised. This is so far from the truth that its ridiculous, the fundraiser actually makes anywhere from 10 to maybe 12 percent,” he said.

“What this article fails to detail  is the expenses that are incurred in a marketing program of this kind, which include but are not limited to, phone banks, phone charges, wages, printing, mailing costs and the list goes on. I find it very disturbing, that some organizations that are doing such great things for many people with very limited funds, seem to be crucified for the work,” Piaro added.

Based in Niceville, Fla., the DPOA’s mission is to “provide financial assistance to disabled and regularly retired officers to pursue the academic degree or vocational training required to obtain civilian employment following their retirement from law enforcement.”

The charity offers $1,000 scholarships to disabled officers, as well as those having temporary difficulties making ends meet.

However, the Times reported that DPOA only distributes about $25,000 per year in scholarship money despite the millions of dollars it has collected over the past decade.

6. American Association of the Deaf-Blind

The association was formed in 1984 “to ensure that all deaf-blind persons achieve their maximum potential through increased independence, productivity and integration into the community.”

The Times noted that the association stopped using professional solicitors in 2010 and instead raised money by hosting conferences.

However, before making the change, the Silver Spring, Md.-based association “raised a total of $10 million and spent no more than $8,000 in cash on the deaf and blind,” the Times reported.

The Rhode Island-based foundation is on a mission to “reduce the numbers of law enforcement officers injured and killed in the line of duty through training and education and support those who risk their lives every day for the safety of our community.”

In addition to helping the families of fallen officers, the foundation offers provides free safety programs to police officers, as well as to the public.

However, the Times reported that 85 percent of the money the foundation collected went to the people who asked for the donations.

“Grants to disabled officers or families of fallen officers have averaged less than $9,000 a year,” according to the report.

However, the foundation’s executive director, David Kenik, slammed the Times report as “sensational journalism at its worst.

“It ranked our charity, and others, by the amount of funds that we donated. Our major focus is training, not donations–says so right on the front page of our web page,” he said.

“We produce training programs, designed to help officers stay safe, and distribute them free, nationwide.  Our training helps save lives.  We provide a lot of programs not found anywhere else and  many thousands of officers take advantage of these programs every year,” Kenik added.

The Times ranked the foundation No. 35 on the overall list. 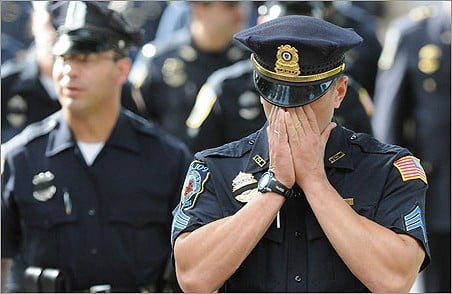 Like the aforementioned Disabled Police Officers of America, this charity has been run by Terry and Lorna Morrison of Florida since the 1990s, according to the Times.

The center’s mission is to “assist law enforcement officers, who retired as a result of a disabling injury sustained in the line of duty, adjust to, and cope with, the many difficulties associated with an untimely and unplanned career ending.”

To achieve this mission, the center uses counselors with backgrounds in law enforcement to provide individual, family, group and career counseling.

Despite collecting $8 million in the last decade, the center has spent less than $1,000 per year on these counseling services, according to the Times report.

The counseling center placed 36th on the overall list.

Shiloh also does business as Handicapped Children’s Services of America, and it is located in Laverne, Calif.

Its mission, according to the Times, is to provide medical necessities to poor children and to help the hungry and homeless. The charity does not appear to have an active website, as the one listed in the Times report actually belongs to a church in Minneapolis.

The Times report stated that over the last decade, Shiloh has paid its officers almost eight times more than on the people is means to help.

In its report, the Times stated that “watchdog groups” say charities should spend no more than 35 percent of its funds on fundraising. However, Kenik said that professional fundraisers aren’t getting rich off their charity work.

“In regards to the percentage of donations taken by professional fundraisers, the overwhelming majority goes to pay expenses, and is not profit for the fundraiser,” he said. “The number of expenses are staggering—it is expensive to run fundraising.  We would not be able to operate without professional fundraisers.  We will never know how many lives our training programs will save, but we consider our efforts well worth it.”

Attempts by The Mobility Resource to reach leaders of the other charities were unsuccessful.