Gone Too Far? When Posting About Your Children's Health Crosses The Line - The Mobility Resource

Gone Too Far? When Posting About Your Children’s Health Crosses The Line 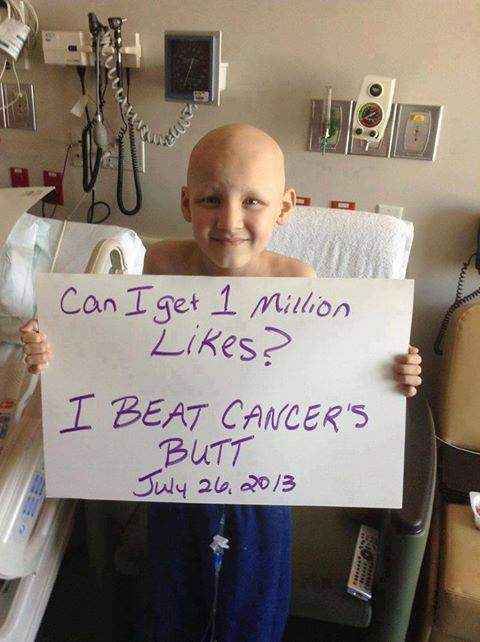 After  his 2-year-old daughter was diagnosed with Leukemia and had to undergo chemotherapy, Dr. David Simonsen turned to social media in an effort to educate others and to keep family members and friends apprised of her condition.

“We started a Facebook page where we posted updates and pictures,” said Simonsen, a licensed marriage and family therapist. “If people wanted to see, they could. If they didn’t, they didn’t have to join the page. We did it because it was a way to get the word out about childhood cancer and it was a way to get prayers for our daughter as she struggled through treatment.”

While some parents chose to keep family matters private, Pat Schwartz, a mother of two girls, can relate to Simonsen. “I posted on Facebook when my daughter was admitted to the hospital for emergency surgery. I posted a general request stating that we were in the ER, waiting for news and asking for prayers,” she said.

According to Simonsen, parents typically post updates on social media outlets or create Facebook pages for reasons similar to his own. “I think most parents post pictures (of children in the hospital) for two reasons,” he said, adding, “They are able to keep relatives apprised of situations when they live far away. It also allows for parents to garner support for their child and themselves.”

However, there are some parents who do not have the best of intentions when sharing information or pictures. “I believe a very tiny minority of these parents do this as some sort of sick thing,” Simonsen said. “This small minority would most likely tend to have issues that don’t relate to their child. The posting of pictures is simply a symptom of a larger issue.” 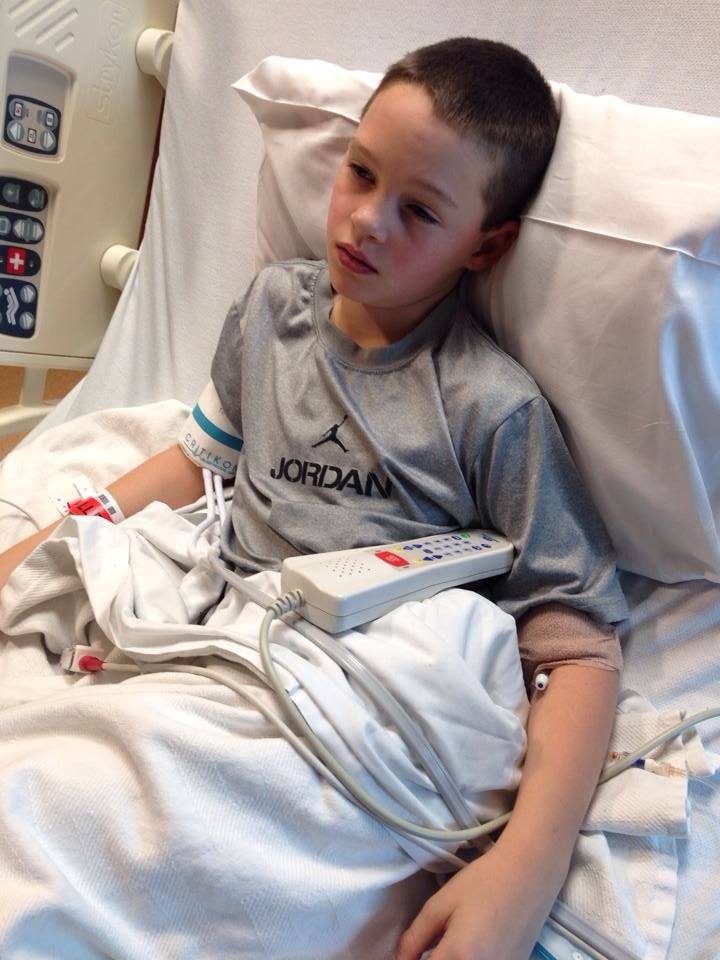 For Simonsen, creating a Facebook page for his daughter also forged new friendships that helped him get through tough times. “When a child is going through some sort of traumatic event, parents want to know that they have support. Social media has become a great way to get support from people who have experienced similar issues. We know so many other people now who had children with cancer. We never would have gotten to know them and found out how to support them if it had not been for social media.”

Schwartz agrees. “It turned into a very serious situation and being able to feel the support of loved ones was comforting,” she said, adding, “The overwhelming worry can be extremely isolating and it was helpful to feel the loving support extended my way.”

Consequences to Posting Updates—and How to Avoid Them

There can be consequences to posting health-related information or photos of children who are sick or hospitalized, cautions Carole Lieberman M.D., media psychiatrist and bestselling author.

“In most cases, when parents post photos of their chronically ill child in the hospital or doctor’s office, the parents are only thinking of themselves. It is very disrespectful to the child,” Lieberman said, adding, “These photos live on forever and it is doing a disservice to a child to have an image of them in a sick, helpless, unflattering light follow them throughout their life. It could later cost the child college admission, jobs, relationships and more, and it takes away the child’s decision as to whether to reveal their medical history in the future.”

For similar reasons, Schwartz opted not to post pictures of her daughter in the hospital. “I didn’t post any pictures, as I am a big advocate of dignity,” she said, noting that she also communicated privately with friends and family to let them know more intimate the details. “My daughter was going to get better—I hoped and prayed—and I knew she wouldn’t want pictures of her connected to machines and tubes out for others to see. As much as the support was comforting, the details were a very private experience for my family.”

In general, when it comes to posting photos of a child in the hospital, “I actually don’t consider this an invasion of a child’s privacy if it’s simply incidental pictures,” Simonsen said. However, “I think at some point it crosses a line when the parent begins to post more graphic photos and does it excessively. The problem one runs into is knowing when is it too much.”

“I think that how this affects the child in the future is mostly going to be about how the child is raised. If the parents did it in good faith and talked it through with the child…then I imagine it won’t have much effect. If the parent has issues and was doing it because of these issues, then it probably will affect the child negatively in the future,” Simonsen said.

Nancy Faherty, who has a 17-year-old son and a 23-year-old daughter, enjoys posting about her children but admits she had to reign herself in. “I have been guilty of making them feel uncomfortable with ‘TMI’ on a couple of occasions. A parent does need to be careful (what they post).”

Out of respect for her children, Faherty now lets them have the final says over what she posts online. “I’ve given my kids permission to remove anything I post about them if they so choose. While I realize that’s after the fact, it makes me think twice before I post,” she said.

For parents who are weary about posting updates or for those who have children who object, Simonsen says there are other ways to keep friends and loved ones in the loop. “I think phone calls are an ideal way to update families. The problem is that one doesn’t find the time to call all the relatives that want to know and need to know.”

If you prefer utilizing technology, “Facetime is another option, as is email,” Simonsen added. “Facebook and other social media are great aggregators for information. They are very helpful to disseminate a little information to a lot of people.”